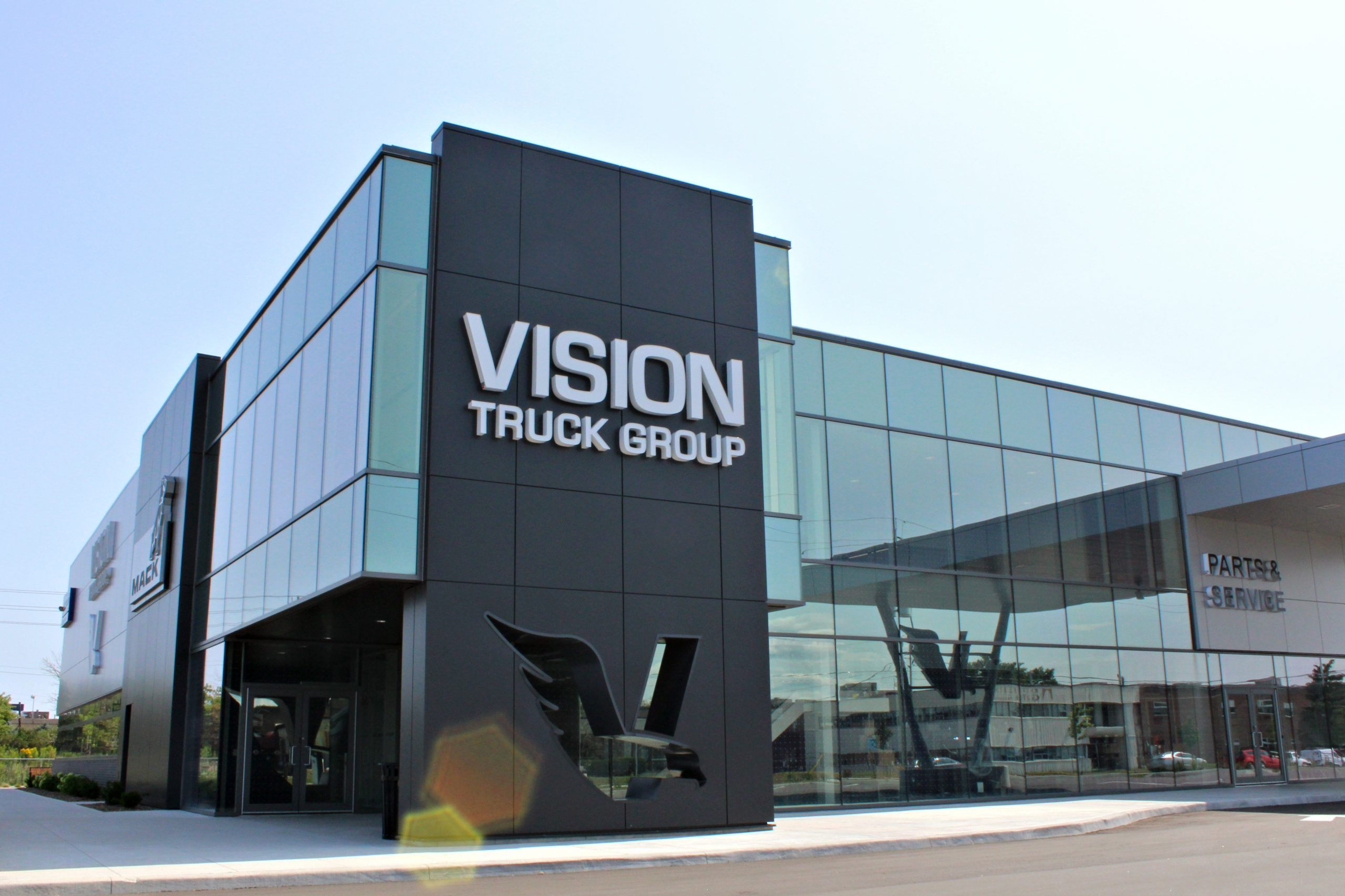 It all started 52 years ago with one man who had a great love for trucks. A love that evolved from driving tractors and operating machinery on his father’s farm near New Dundee. One of 12 children, John Slotegraaf Sr. was born in Holland and came to Canada with his parents. Growing up with a fascination for trucks, Slotegraaf Sr. came to believe that mechanics are the doctors of trucks, performing repairs as if they were surgeries. His vision was to open a shop that highlighted the importance of proper truck repair and the employees that do so. With a loan from a friend in 1966, Slotegraaf Sr. began his mission by opening the first, small repair garage at King and Eagle streets in Cambridge, ON. The first shop was so small that it could only accommodate cars and pickup trucks. Two years later, he moved to a larger three-bay facility, a site not far from today’s head office in Cambridge on Franklin Boulevard. He called the business Central Automotive Services and made his mark over the first 27 years repairing every kind of truck on the market.

Since then, the company has grown tremendously. Renamed Vision Truck Group (VTG) in the early 2000s, VTG specializes in not only truck repair, but as a truck dealership for both Mack Trucks and Volvo Trucks North America with a Volvo sales office in Mississauga and four Mack Trucks sales offices across Ontario located in Cambridge, London, Stoney Creek, and the newest addition, Etobicoke. Adding to the growing success, there is also a Body Shop that specializes in repairs and service and a new 50,000 square-foot parts and distribution warehouse, both situated close to head office in Cambridge.

Known to many employees as a punctual and dedicated president, Slotegraaf Sr. had a mission to expand the company so that truck drivers and mechanics alike could have the best experiences in the trucking industry imaginable. It’s easy to see that vision has come to life and will only keep on reaching new heights as John Slotegraaf Jr. leads the company.

It was during his father’s six-year battle with Lou Gehrig’s disease that Slotegraaf Jr. assumed a more prominent leadership role and ultimately took over as president.

Today, the company thrives from the leadership of Slotegraaf Jr. and chief financial officer Steve Brenton, the son of former vice president Boyd Brenton as they continue lifting the company towards greater heights with the help of over 300 employees across seven locations. In 2016, Vision Truck Group was named Dealer of the Year by Mack Trucks. “Vision Truck Group exemplifies the kind of organization customers are drawn to, and for good reason,” said Jonathan Randall, senior vice president of sales for Mack Trucks North America. “The service, support, and dedication they provide keep their customers on the road and earning, and Mack Trucks is proud to be their partner.”

Our priority is always the customers. It may sound cliché and every organization may say it but Vision Truck Group truly goes above and beyond in highlighting the importance of the customer. This can be seen in every department’s hard work and dedication. For example, did you know that Vision Truck Group was the first in putting the Uptime Center Process into motion? The main purpose of the development of Uptime Centers was to reduce wait times because technicians began noticing that trucks with short repairs would often get stuck behind those with more timely repairs and that the concept of “first come, first serve” wasn’t working so well.

“This idea was pioneered by Vision Truck Group Mississauga in 2013, and then the process was refined, developed and implemented by Mack and Volvo North America,” said Travis Brown, Vision Truck Group Director of Service Operations. “We started a process and once Mack and Volvo heard about its success, they took the reins and now there are over 110 Uptime Centers across North America.”

Through these types of examples, it is evident that at the very core of Vision Truck Group is the goal to provide customers with the best options in the trucking industry. Even in sales, customers can take advantage of free demo programs which allow them to test drive trucks for extended periods of time in order to gauge whether or not a specific truck is right for them.

Beyond that, the VTG Parts Department offers a wide range of year-round promotions and discounts that help customers save money, time, and future expenses. We know that trucks, repair, and maintenance can cost a pretty penny so we do all that we can to partner with companies such as Ex-Guard to provide the best possible deals to benefit the customer.

Vision Truck Group is a proud supporter of the community and the organizations that we are a part of. Our charitable involvement is a way for us to give back to the people and groups who have been loyal to us over our 52 year history. Twice annually, we review applications for charity sponsorships and donations; we have an external council that provides a thorough unbiased review so that each and every application is met with equal consideration.

Additionally, for the past eight years Vision Truck Group has also been participating in the SickKids Foundation Annual Heat Wave Volleyball Tournament to raise money for children living with cancer. This year, three teams are already signed up to play in the Cambridge tournament during the first weekend of June.

At the end of the day, it all comes down to making peoples’ lives better and easier. Whether that’s customers, community and charity members, or employees, our company is what it is because of the people that surround us and help us be better collectively.

ARE YOU AN EX-GUARD DEALER? Email Marketing@Ex-Guard.com with
your story to be featured in our newsletter.