Just When We Thought We’d Hit Everything 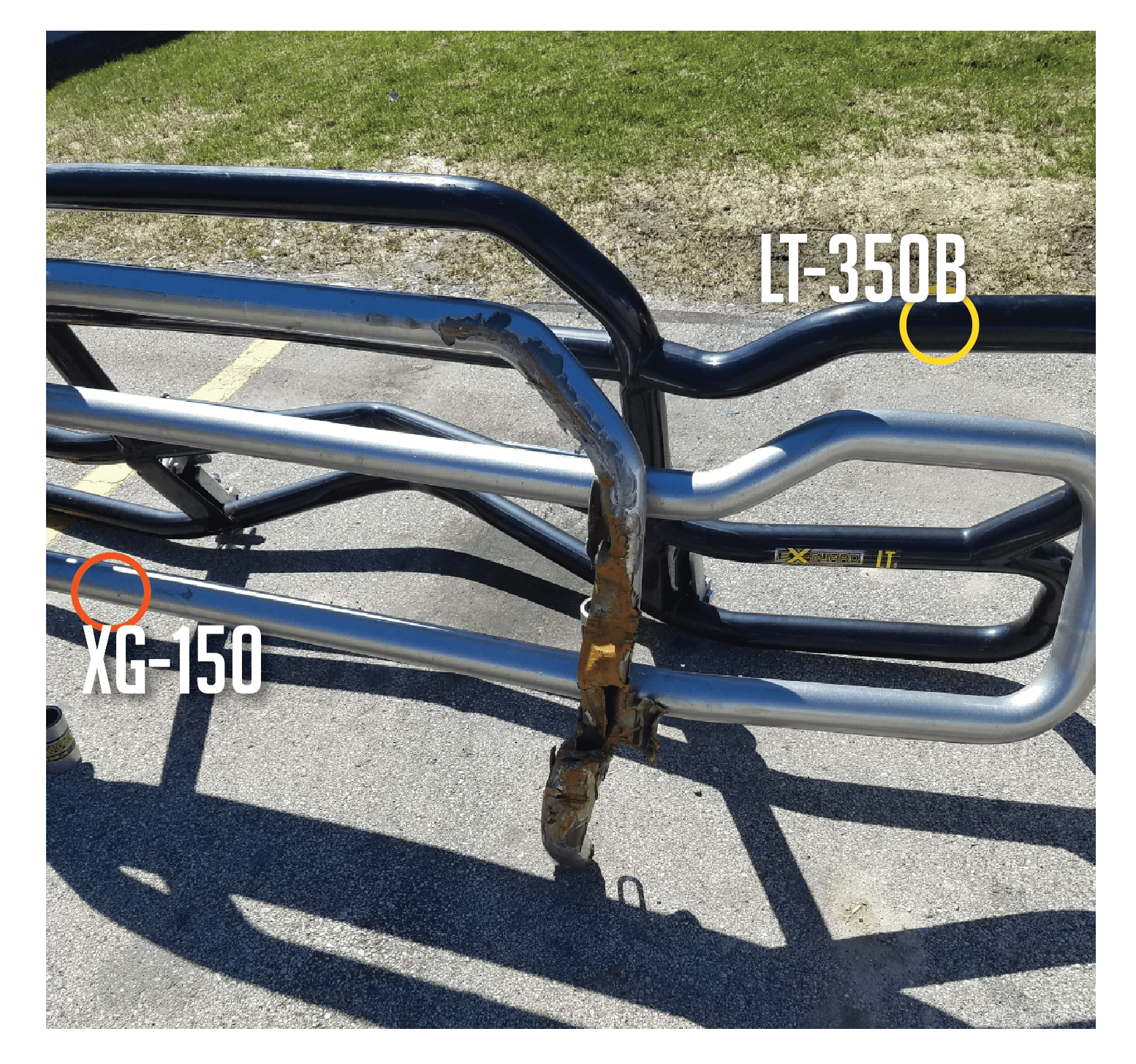 Just When We Thought We’d Hit Everything!

These 2 guards were on display at the Truck Country of Milwaukee Open House on Friday April 7th. One had hit a train and the other a concrete post at 21 mph. Both trucks were untouched.

Train VS Guard
A late season snow storm hit south-eastern Wisconsin. The driver got out to clean his wiper blades while waiting for a train. The parking brake didn’t engage, causing the truck to roll forward into the moving train. The truck bounced off of 6 rail cars before the driver was able to re-enter the vehicle and back away from the moving train. The truck was undamaged. The upper portion of the XG-150 Ex-Guard was the only damage incurred.

Post VS Guard
The truck bearing the LT-350B Guard was sucked off the road in icy, muddy conditions and hit a concrete post head-on at 21 mph. The Ex-Guard acted as a cradle, preventing any damage to the truck itself.