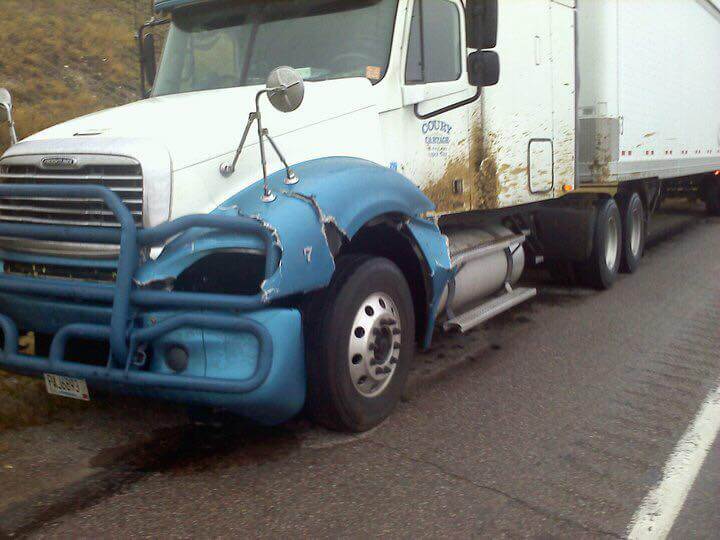 I was going through some old pictures on my phone and ran across from photos from a once in a lifetime event (hopefully)! Back in 2010 I was driving the last trucks I owned before coming over to PeopleNet. It was in the middle of the night, about 3am, on my way with a load of mattresses to Kalispell, MT for a 6am delivery. I was just west of Browning, MT about to head through Glacier National Park when I spotted a white cow on the dotted line. 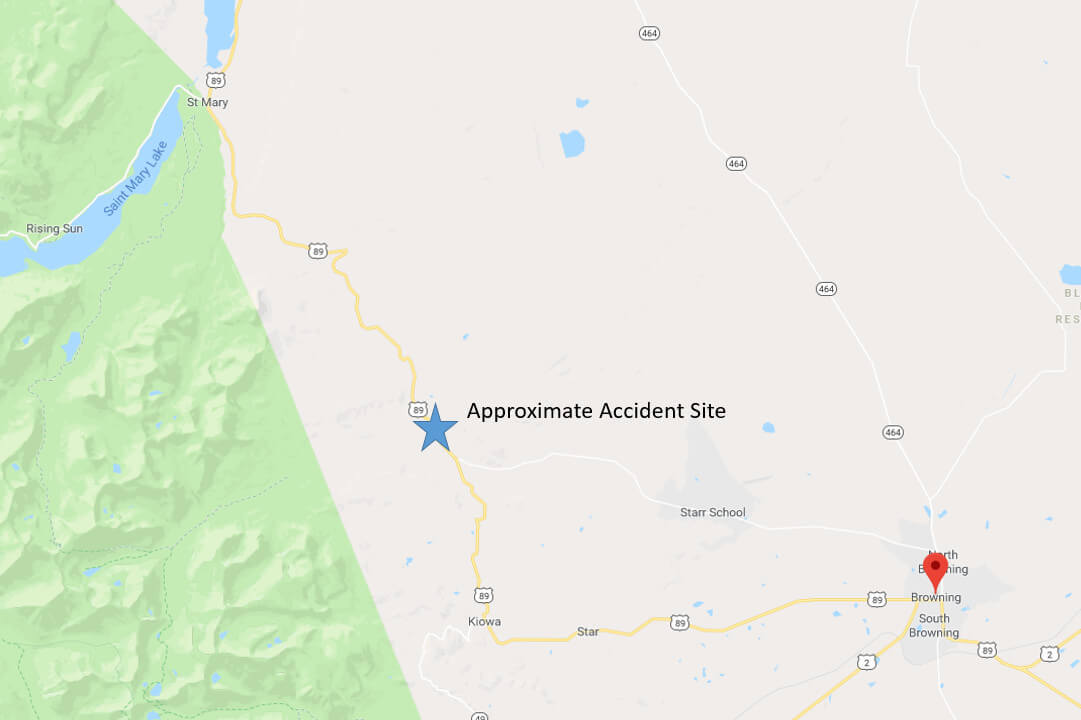 I swerved to the right and missed the white cow narrowly, but while I was watching to make sure I missed the white cow, 30 yards behind him and in the middle of my lane was the black cow that I didn’t see (picture below from when the sun came up of the victim, or perp, depending on your perspective). It was full grown, and the impact was staggering. My speed decreased about 30 MPH instantly, alarms started going off, flashing lights appeared on the dash, to say I was shaken would be a gross understatement. 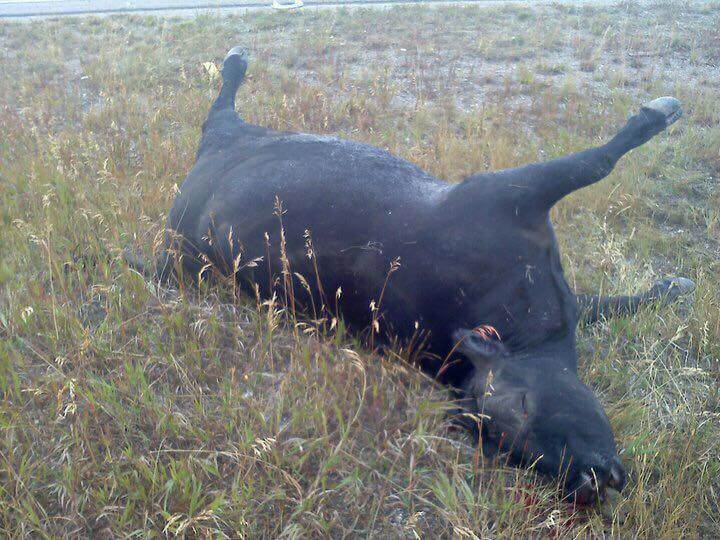 Thankfully when I bought this Freightliner Columbia I also purchased an Ex-Guard bumper protection system, or cow-catcher for short to country boys like me. Honestly, I didn’t expect to actually catch a cow. I just thought they looked sweet, and they were really to easy to use and still perform maintenance on my truck. I hadn’t had any large animal strikes in about a million miles of OTR driving to that point so while the percentage was low, the ROI was still there, one front end strike from even a deer can run into the tens of thousands in damage depending on your luck. That’s not even accounting for any towing, other things you might hit after the animal impact, or lost time, load recovery and so on. Plus, like I mentioned earlier, it looks SWEET!

I dare you to tell me this doesn’t look sweet 🙂 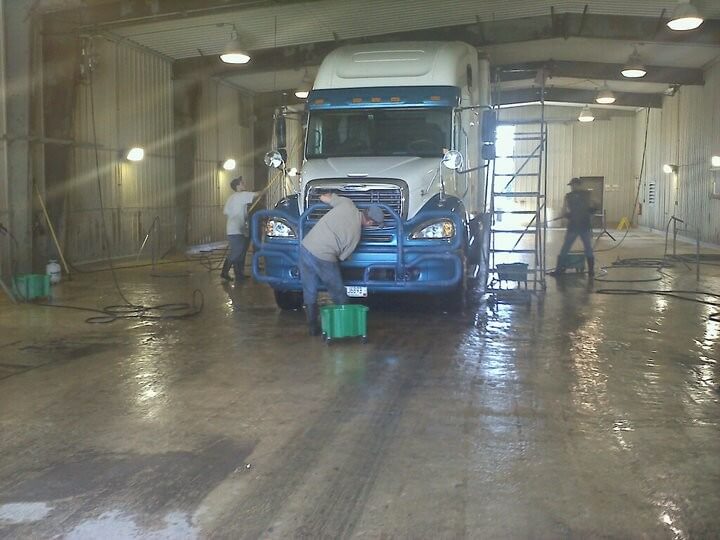 Above is the before picture. Below is the after impact picture.

I won’t mention my speed on this lonely MT highway with no one around at 3am, but the speed limit is 65 mph. After hitting the brakes while dodging the white cow let’s safely say I was probably going 55 mph when I struck the black cow. On both sides of this stretch of road are steep and long embankments. Taking a ride down one of those embankments was going to be expensive and not likely to end in an upright situation!!

The center of the cow struck just to the right of the grill in the picture. You can guess which way the hind end of the cow was facing! The cow slid to a stop on across the oncoming lane of traffic and about 100 feet into the grass down that embankment. So I didn’t hit the cow dead center, and much of the impact from the hind half of the cow was on that smaller section of the cow catcher.

You can see the cosmetic damage. Under the hood the power steering case was cracked and the air to air after cooler was pushed back about an inch at the top left of it (which I hadn’t noticed yet). My call whether to drive it or not. I still had Glacier Nat’l Park in front of me so I towed it to Kalispell.

While the truck was being repaired I did what everybody should do when in Kalispell, MT with a few days on their hands, go fishing! 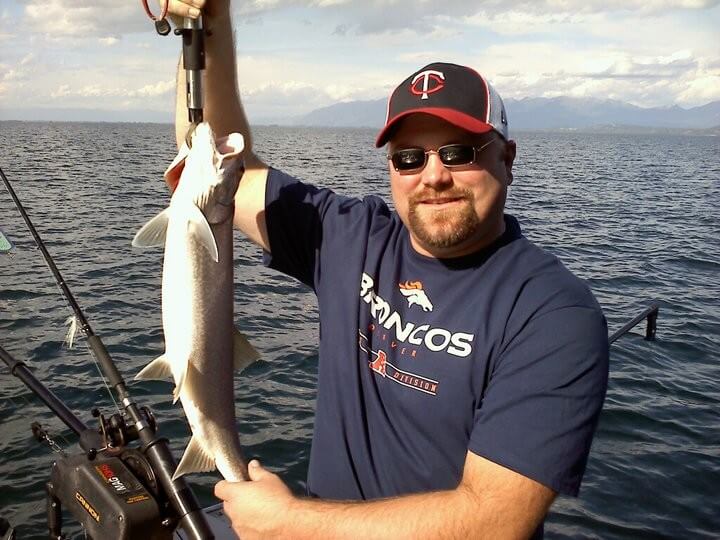 My truck was patched up, with some bondo and straps so I could go back home and get all rest of the repairs done at my home shop while I was with my family. 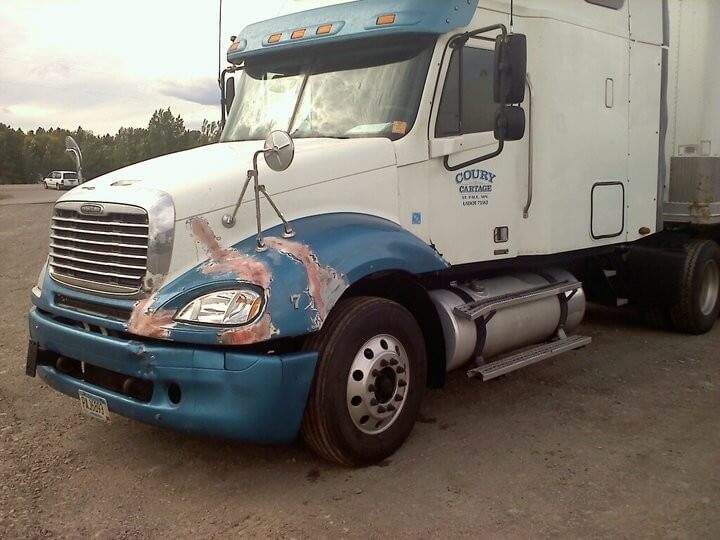 The bottom line is without this Ex-Guard Bumper Protection System this story has a potentially devastating outcome for me, and without a doubt, a more costly outcome for me and my insurance company. The cow probably would have had the same outcome either way! No injury to me and I got to go home to my family a couple days delayed, but home in one piece none-the-less. I didn’t need to get the truck retrieved from the puckerbrush (pucker being the operative portion of that word). The damage was relatively minor, just ask someone who has seen the aftermath of a strike like this without a protection system, and I was back on the road with less than a week of downtime, which I used wisely 🙂

This isn’t a paid story, this was all unsolicited, and started from a review I put on Ex-Guard’s Facebook page upon finding these photos from 2010. Since that first review I’ve gotten to chat with some of their folks and found out more about the company and the people behind the product I purchased.

Ex-Guard Industries is based in, and manufactures their bumper protection systems out of, Des Moines, IA. So it’s an American based company making incredibly durable and high quality products at reasonable prices. The ROI on these systems is REAL, just ask my wife and kids, and insurance agent! Protect your equipment, reduce downtime, and most importantly safeguard your company’s most valuable asset, YOUR PEOPLE!

Thank you Ex-Guard, from the bottom of my entire family’s hearts!

Don’t hesitate to reach out with any questions about my story in the comments or by connecting here. More importantly call Ex-Guard to protect your people!